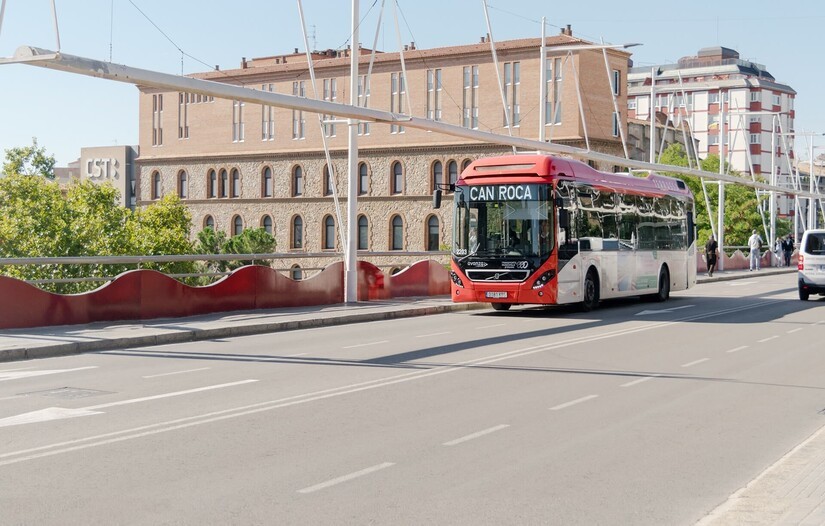 Avanza has once again turned to GMV for the supply of its computer-aided dispatch / automatic vehicle location (CAD/AVL) system, user information system (UIS), onboard video surveillance system (CCTV), and efficient driving system for the city bus fleet in Terrassa, Barcelona.

This new project with Avanza will allow GMV to renew the ITS systems in Terrassa’s fleet, which were also previously supplied and serviced by GMV.

Transports Municipals D’Egara (TMESA), the company that manages the urban public passenger transportation service in the city of Terrassa, which is 80% owned by Avanza and 20% by Terrassa City Council, has contracted GMV to supply its computer-aided dispatch / automatic vehicle location (CAD/AVL) system, user information system (UIS), onboard video surveillance system (CCTV) and efficient driving system (ecoDriving) for the fleet of 70 buses in the urban public transportation service in the city of Terrassa.

Technically, GMV will equip Avanza’s buses with onboard equipment for the CAD/AVT, UIS and ecoDriving system, which will also act as a video recorder for the CCTV system, consisting of three IP cameras per bus.

The UIS system onboard the buses will display the information to passengers via a TFT panel. The ecoDriving system, on the other hand, will collect technical data, alarms and performance measures via the FMS-CANBUS interface and offer drivers real-time KPI feedback via the ecoDisplay monitor, as well as sending automatic alerts to the maintenance team for proactive servicing. The data collected will be used to assess performance in terms of comfort and eco-driving.

The project also includes integration with the Sentilo platform, which belongs to Terrassa City Council, and the implementation of an external information system based on the SIRI and GTFS static standards.

Finally, at the control center, GMV will supply its CAD/AVT, ecoDriving and CCTV backoffice systems, which will make it possible to manage and operate all the onboard ITS technology on the buses.