Technology is for Girls Too

To be quite frank, I’ve never noticed any difference in my daily dealings with my work colleagues; they treat me just like anyone else and I’ve never been made to feel inferior as a woman. Other women’s experiences are obviously very different from mine, and it is also true that I sometimes fail to ask myself why I’m the only woman in the working group and even in the whole department. I suppose it’s a situation that, albeit irksome and even incomprehensible, we just get used to over the years.

The picture at college was very similar. I studied telecommunications engineering at the University of Valladolid. This has always been a male-dominated degree program but, despite that, I’ve never been treated unfairly in terms of attitudes, results, or job opportunities.

This inequality is reflected today in the lopsided number of men and women employed by tech companies. In my opinion, it is the duty of all of us to work towards a change of mindset in society to close this gap.

That’s why when GMV asked me to take part in Castile-León’s “STEM Talent Girl” program, I thought it was an excellent idea and I jumped at the opportunity.

This program gives us the chance to serve as role models and mentors for girls with a budding interest in a technology career. Participants range from high school students to college undergraduates, all of whom are brought into contact with the mentors most suited to their particular interests. As another part of the initiative, prominent women in Castile-León’s STEM scene give monthly talks about their career, progress, and driving forces so far.

It seems to be a huge step forward that so many universities and government entities are now striving to kindle girls’ interest, primarily by inviting them to participate in workshops or simply talking to them, for instance, about the types of jobs a telecommunications engineer can do, which for them – and even for me when I started studying – was an unknown world.

Serving as a role model and support for girls is not a new role for me. For years I coached a co-ed basketball team. The trouble is, as is only too well known, the sports world is even more gender skewed than science and technology, so very few girls actually came forward at first.

One of my biggest accomplishments during this stage was to make those girls feel just as valued, skilled, and able as their male counterparts, after a tough year fighting against such stereotyped comments as “girls can’t play basketball” or “I’m not playing with girls.”

As I write this, it seems obvious that 10-year-old girls are just as capable as boys of the same age bracket, but I promise you that their self-confidence at that time was at rock bottom. By the end of the year, however, the number of girls of that age signing up for the team had more than doubled.

Another factor that argues clearly against the supposed weakness of women in STEM careers is the growing number of towering professionals I’ve found during my own career, ranging from the chemistry teacher who helped open my eyes at school to my current women work colleagues. All of them, from my point of view, are just as capable of successfully tackling an important technological task as mothering their children, and it is precisely this twofold talent that makes their careers special.

To draw a conclusion here: I’m sure that, on the strength of today’s spadework, we’ll be able to look back in a few years with satisfaction on the debunking of stereotypes, helping also to raise the profile of technology and telecommunications and bring home their importance to the whole of society.

Let’s keep fighting for it! 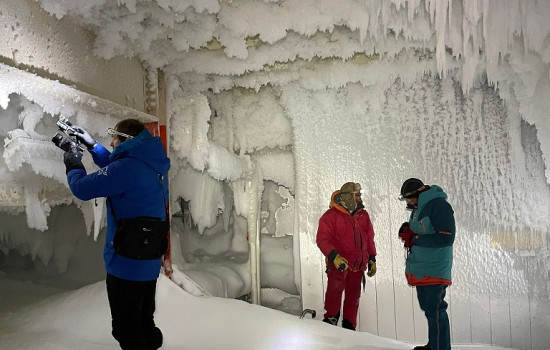