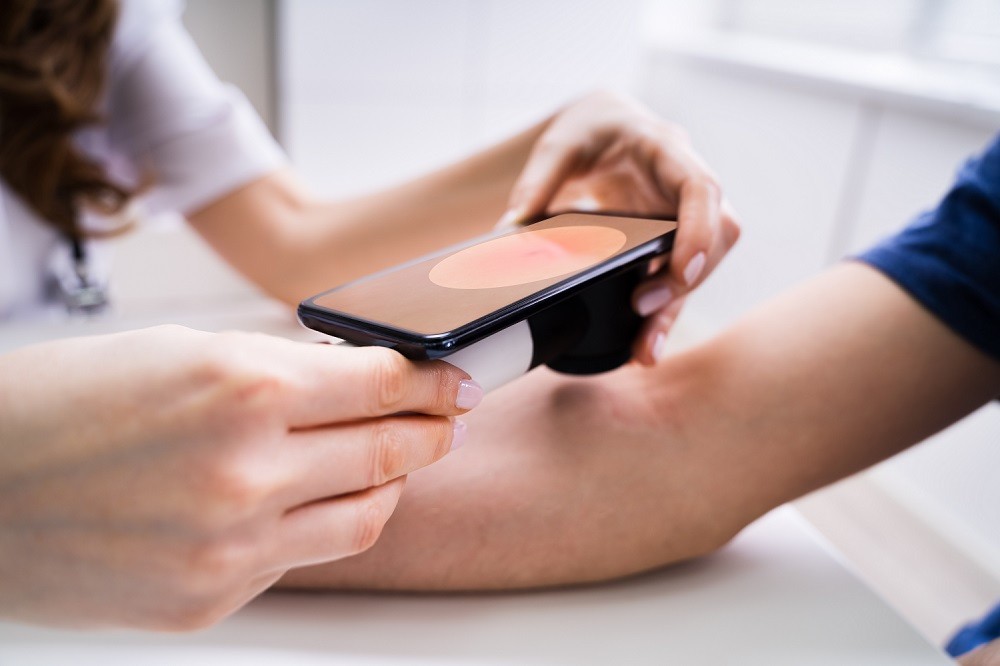 Early diagnosis of melanoma skin cancer using an app that harnesses space technology developed by the technology multinational GMV is the aim of the DALEM project. The Biomedical Research Foundation of Madrid’s Hospital Universitario La Paz (FIBHULP) has set up the DALEM project with GMV, focusing on providing technological means for monitoring pigmented skin lesions.

To mark 23 May’s World Melanoma Day, both organizations wanted to call attention to the incidence of the disease, which demonstrates the need for self-examination and preventive screening and monitoring. Skin cancer, in all its different types, is one of the most common cancers. According to data from the Spanish Society of Medical Oncology (SEOM), the number of deaths from malignant melanoma of the skin in Spain was 655 in 2020. The total prevalence during this period was 38,873 in men and 58,673 in women. In order to reduce the morbidity and mortality of melanoma, self-examination is key; however, the level of awareness among the population is not high, despite the figures cited above. When anyone can use a cell phone to examine themselves without the need for specific knowledge, patients’ adherence to such a simple method will increase, leading to early diagnosis, which is essential for prognosis. Using our cell phone camera, we can record the skin map of any moles to be monitored to see their morphology, characteristics, particularities, and changes over time. These images, reviewed by a dermatologist, will be the basis for making a diagnosis as early as possible, which is of inestimable value, especially in patients susceptible to developing a malignant pigmented lesion such as melanoma. This advance in medicine, combined with digital technology, will help to establish early diagnoses and will undoubtedly facilitate the follow-up process, something that until now could only be achieved through face-to-face consultations.

The transfer of navigation technology to dermatology has a number of benefits for patients, including:

GMV has become the sixth largest industrial group and the first mid-cap in the European space industry, with over 1,300 people working in this area. It is the world's leading provider of control centers for commercial satellite operators. Highlights include the contract it won to upgrade and maintain the Galileo ground control system. The various divisions of the company leverage shared knowledge, transferring it from one area to another. In this particular case, space developments are applied to the field of health.

The vision-based spatial navigation algorithms developed by GMV, used ​​for the precise descent and landing of space rovers, are applied, as explained above, to the cell phone-based monitoring of pigmented skin lesions. In the spatial context, so-called navigation strategies are able to match points of interest such as craters or other orographic features from a previously acquired image. This allows location tracking and determination of speed and alignment parameters with the desired landing point.

Taking part in the project are doctors Ander Paulo Mayor Ibarguren, Marta Feito Rodríguez, Fátima Albizuri Prado, and Rosa Feltes Ochoa, all of whom are specialists in medical and surgical dermatology and venereology at the Hospital Universitario La Paz. They agree that, as Feltes pointed out, “The advance that this technology could represent over existing systems for identifying and monitoring pigmented lesions in images could be very significant. None of the applications currently available on the market provide a means of detecting new moles or changes in existing moles over time. Hence, a safe and automatic method is needed to ascertain whether or not there are changes in the skin before the next follow-up appointment. In addition, the recording of images at different times and with an acceptable level of robustness can be very useful in the necessary monitoring leading up to the diagnosis of pathologies with an oncological profile, such as melanoma.”